If memories of our loved ones were limited to just a few, Joyce had hand-picked two illustrious achievements to be remembered by… ranking top of her class in school, and rocking the runway as a professional model.

For those who knew her though, our memories of Joyce have no limits, and a smile is sure to fill our  faces as we imagine the warm humour in her voice as she recalls her high-ranking status in a school of 12 pupils, or her adventures as a Courage on the Catwalk model.

There will be memories, stories and anecdotes aplenty – each one featuring a woman who lived life to the full and embraced the fun in every day, who could find the silver lining in any cloud.

Born on August 29, 1963, Joyce was the second of three children to Vera and George. Being top of her class was a badge she wore with pride; in fact, it was something she “told everyone whenever the opportunity arose!” However, she did always add that she was the only one in the class – and it was that perfect comedic timing of Joyce’s that could raise a chuckle out of any scenario in life.

Joyce spent a happy childhood playing (and usually fighting) with her brother Graeme and sister Aileen, and truly appreciated the life her parents lovingly moulded for the three of them.

When she was 18 and working in the hospitality sector, Joyce met Fred, who was in the Army and would go on be posted in various locations with the Gordon Highlanders. They married in 1990 and it was during a three-year posting in Berlin that they welcomed Laura into the brood. Finally, they settled in Alford, where Kieran was born, completing their family.

The next couple of decades flew past for the Jacks, and Joyce felt immense pride for Laura and Kieran as they began their careers and settled down with wonderful partners.

At the age of 50 Joyce was diagnosed with bowel cancer and spent two years in recovery from a major operation. At the first opportunity, she and Fred went on a very enjoyable holiday to Jersey. Six months later, they were told the cancer had returned and was incurable. After the initial shock, Joyce, in her own words, “just got on with it”. Sympathy wasn't a word in her dictionary.

Joyce never complained about her diagnosis or prognosis, saying that once she got her head around it, her affairs in order, her accounts up to date and her drawers tidied, then she could get on with enjoying life.

As Abraham Lincoln said, "It's not the years in your life that count, but the life in your years." And enjoy life she did! Her family never knew what she'd be up to next. A photo would appear in their group chat with Joyce in biker leathers on the back of a Harley Davidson, or she'd announce that she'd just got a tattoo! She spent time with the people who meant the most to her, and doing activities that she really enjoyed including several holidays in between chemo and radiotherapy sessions.

In February 2018, unbeknown to Joyce, Laura entered her mum into Friends of ANCHOR’s Courage on the Catwalk event. After receiving the phone call to say she had been selected,  Joyce, feeling “a moment of madness”, agreed to take part, and said it turned out to be one of the best experiences of her life, transforming her into the “Kate Moss of Alford”, and connecting her with a fabulous group of women who, in an ideal world, would not have crossed paths, but given the circumstances, formed a sisterhood of lifelong friendship. In the short time that Joyce knew them, she felt a strong, positive, fun-loving and supportive bond. She gives her thanks you for your invaluable friendship and urges you to keep fighting and living life to the full.

Joyce’s other passions in life included gardening, crafts and CATS. Joyce’s cat Pickles was her shadow for his long 18 years of life. He was never far away when she spent hours after hours perfecting her beautiful garden in the summer or locked away in her craft room; knitting, crocheting, quilting, felting, you name it, in the winter.

Throughout her life, family and friends always held the highest importance for Joyce. She lived a very happy and contented life, always with a huge feeling of pride in her family, and love for her friends. 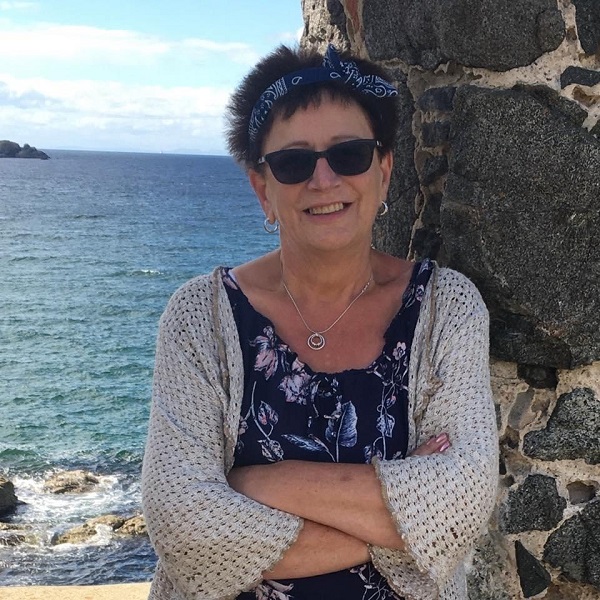 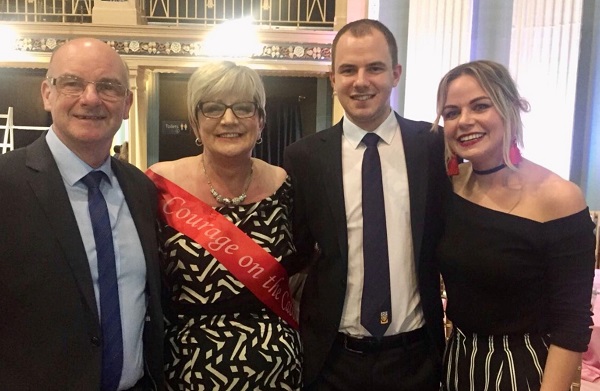 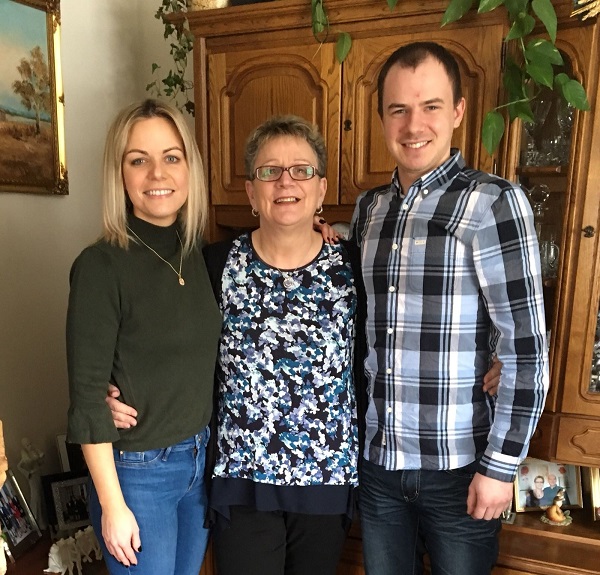 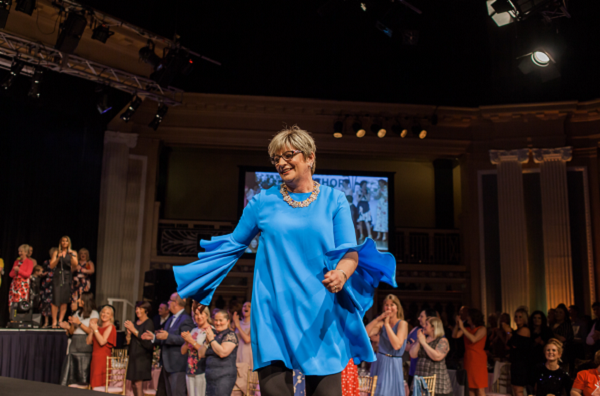 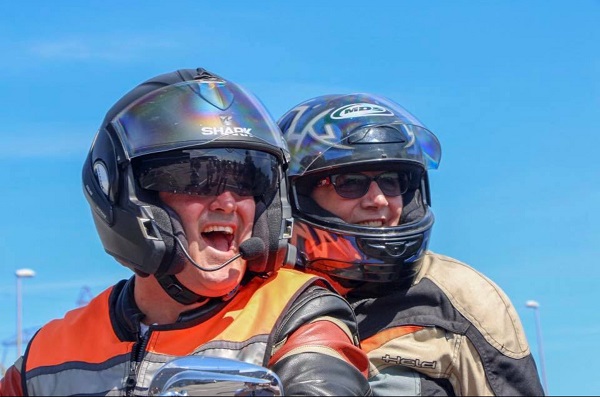 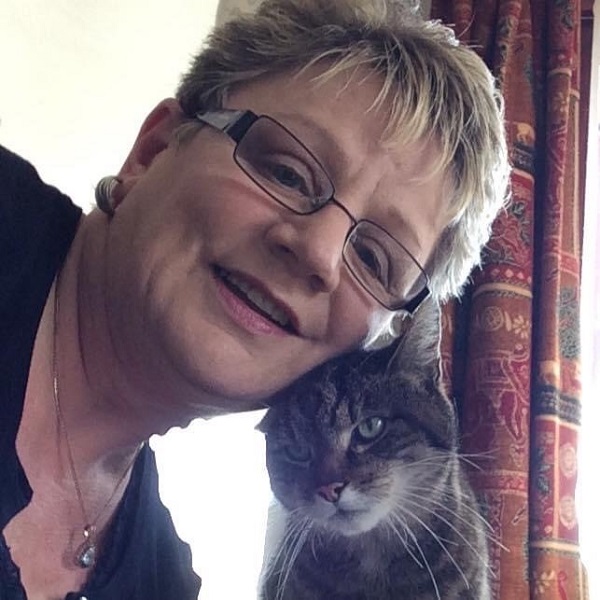 My beautiful mummy, you made me so proud every day. The way you approached life and dealt with your diagnosis was an inspiration. You made me laugh in the darkest moments and not a day will go by that I won’t miss my best friend. I love you with all my heart and miss you lots but hope to continue to be more and more like you every day. You’re always with me in my heart ♥️
Laura Jack
Sorely missed x
Angela Ritchie

We all know the cliché, but Joyce truly lived it - life to the full! Sister, mentor, best friend, I miss her desperately but the memories will last a lifetime and of this I am sure, well beyond.

Aileen Hallows
I met Mrs. Joyce Jack 10 years ago when we stayed at her home. I have found this website and the sad news, not finding the website of your B&B in Alford. I still remember his kindness and his sympathy. My condolences to her family.
Jesus Oliver-Bonjoch

In celebration of Joyce's life, her family welcomes you to share memories or a message of how her life impacted yours. Please use the button below to share your words and these will be added to this page.

Donations made in loving memory of Joyce amount to an incredible £2,362

Step 1 - Share your memory or message
Note: Please allow 24/48 hours for us to check and add your tribute to the page.
Step 2 - Your donation (if applicable)
Donate in memory of Joyce Jack
Make a donation
T 01224 859170
info@friendsofanchor.org
Legal
We use cookies to ensure that we give you the best experience on our website. For details, please check our Privacy Policy
I'm okay with this