Calendar Girls will raise funds for Friends of ANCHOR 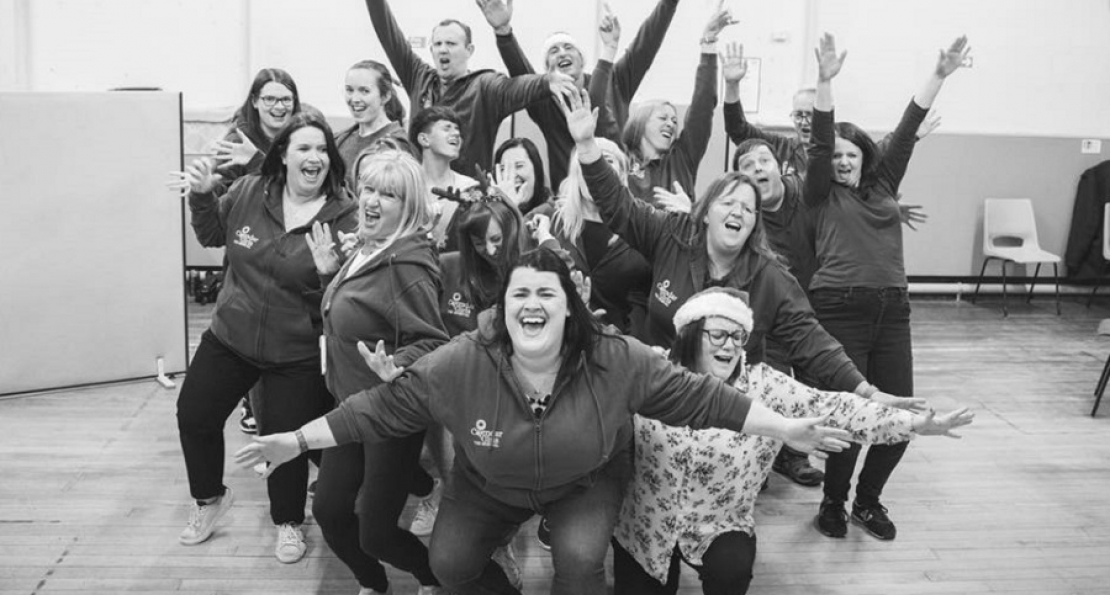 Aberdeen audiences should prepare for an emotional rollercoaster when AOC Productions  will – quite literally – bare all for their upcoming production of Calendar Girls.

Telling the story of women who decide to pose nude for a calendar to raise funds for a local hospital after their friend’s husband succumbs to leukaemia, AOC Productions’ director Judith Stephen hopes the local theatre group will make audiences both laugh and cry.

“There were a couple of things that drew us to Calendar Girls,” said Judith, talking about the musical which was written by Gary Barlow and Tim Firth.

“Firstly, it’s a great story – a story that I think a lot of people will be familiar with.”

Judith, who is currently qualifying as a development coach but previously worked in TV and theatre, believes rehearsing the musical will help AOC Productions emerge from the pandemic stronger than ever.

She said: “When we started to read the script, what came out to me really clearly was the sense of community that’s in the story and how, as a director, I can draw that out of the company. It’s also going to help us rebuild (post-lockdown). People talk about AOC Productions as being their family – there’s a very strong family atmosphere. So I think when we were thinking about how to get back into the same room together, this seemed like a perfect vehicle for us to do that.”

Since the main actresses need to bare themselves, Judith is certain the trust that’s going to be involved will help them become more comfortable with each other.

She added: “That’s an incredibly powerful thing to have in a group of people.”

The director and the cast felt they needed to pick a more “intimate” venue for Calendar Girls so they decided to perform their upcoming show at the Aberdeen Arts Centre.

“We also want to make the audience feel like they’re part of the production,” said Judith.

The director also likes that the play features really strong characters. She said: “Since it’s designed to represent a community of people, there are many strong characters. We also wanted to reflect this in our costumes so the audiences can immediately identify with them. For example, there’s a very bossy lady described as tweed-wearing.”

Apart from the sense of community, Judith says the show has some “cracking music”. “Gary Barlow’s tunes are uplifting,” she added. “I think there is a recurring theme about sunflowers and that’s always very catchy and it’s probably the songs the audiences will go away with. But I think the most noticeable thing about the musical is how quickly it changes gear. It goes from being vibrant and jolly to some moments that are really hard-hitting and emotional.

“There’s one transition I’m thinking of that Annie – who’s the wife of John who’s having cancer treatment – she’s singing a song about her and how she feels and it immediately goes from that to the Spring Fete which is uplifting and jolly and the whole community is involved in it. It’s a bit of an emotional rollercoaster and I think the music really conveys that and backs that up.”

While the story dates back to the 1980s, Judith is certain it’s still very relevant. She said: “It’s very topical – we’re just going to go with a modern day setting. I think even if people haven’t been directly affected by someone who’s had cancer, they’ll know of it. I don’t think there’s a single person who hasn’t been touched by it in some way so I think it’s going to be a really moving piece of theatre that I hope people will laugh and cry at.”

Since the story is about how cancer affects people, Judith and her team decided to take this opportunity to try to raise awareness and funds for local charity Friends of ANCHOR which helps cancer and haematology patients at Aberdeen Royal Infirmary.

Naomi Forrest, communications executive at Friends of ANCHOR, said: “This particular musical is such an emotive and special story, and we’re looking forward to seeing how the cast and crew bring it to the stage. We’re very grateful to AOC for their support in raising awareness and funds for Friends of Anchor.”